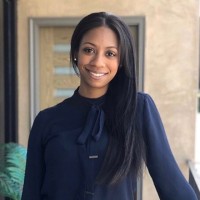 Nicole joined the Junior League of Orange County in 2010 in order to meet like-minded women with a passion for giving back to their community. In 2015, she joined Junior League of Los Angeles for a year, then transferred back to JLOCC in 2016. Throughout her time in the league, she has served on a variety of committees including Junior League Juniors, The Academy, and Kids in the Kitchen.

Nicole graduated with a bachelor’s degree in Psychology from the University of Dayton in 2007, and received her master’s degree in Psychology in 2013 from Grand Canyon University. She is a Board Certified Behavior Analyst (BCBA) and works with individuals with autism and other disabilities. Nicole is a Regional Director for an ABA agency (Applied Behavior Analysis), and oversees the clinical programs for her clients in Los Angeles and Inland Empire.
Nicole loves her career but she also enjoys traveling, spending time with friends, the beach, and volunteering.