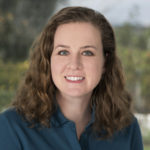 As a first year active, Lindsay served on the Public Affairs and Advocacy committee. The experience and training she received, plus friendships and inspiration gained, got her hooked. She spent the next four years with the Public Affairs Council, culminating in the role of Vice President. In her third year active, Lindsay stepped up to fill an unexpected vacancy as Marketing & Media Manager, leveraging her professional skill set in service to the League that continues to enrich and empower her. Lindsay now serves as the Board of Directors Secretary.

Lindsay lives in Old Towne Orange and is an Orange County native. She received an A.A. in Early Childhood Education from Irvine Valley College and B.A. in Communication with emphasis in Mass Rhetoric from Concordia University, Irvine. She also holds a professional certificate in Contract Management from the University of California, Irvine. In her free time, Lindsay enjoys reading, traveling, cooking, practicing yoga and Pilates, spending time with friends and family, and watching the Leaving This Month category on HBO Now.